Grail Games or: How a 5-Ounce Bird Can Possibly Carry a 1-Pound Coconut

“Holy Grail” games are games we’ve heard tales of from elder board gamers from when board games were few and far between. Some of these legendary games predated BGG.com and, in some cases, the Internet. Some were made when there was only one non-mass market board game maker -- Avalon Hill, the company that brought hexes to the original war gamer grognards. Here we present some of these games. 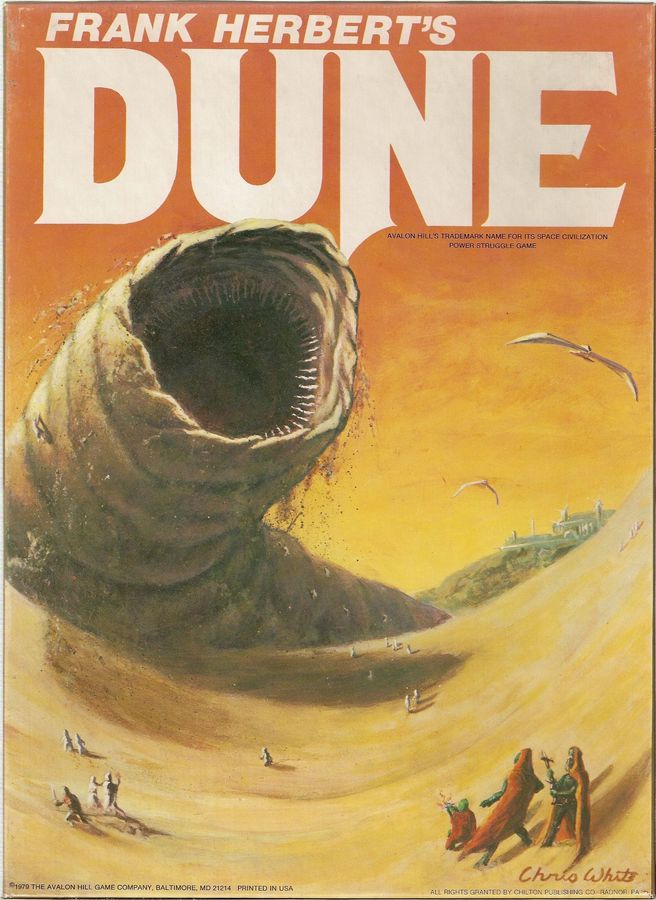 Based on a book originally published in 1965, this story spawned over a dozen novels, two movies (with a third coming this year) and over a dozen tabletop games. But we’re talking about the original — the backstabbing, manipulative, true-to-the-story, original board game. You may lose a friend or two after a game of Dune but hey, the spice must flow!

What Makes it Special:

Dune was designed by the same group of guys who brought us Cosmic Encounter. Bluffing, negotiation, area influence, auction, hand management and variable player powers — Dune weaves all these mechanics into a board game that’s talked about 40 years later.  One thing it lacks, like Cosmic Encounter, is dice. Most people who have played this game recommend you play with close to the maximum number of players. The game runs a bit long, but it truly is a board gamer’s game.

Background: Any game with a cult following such as Magic Realm, with fans that have stuck with it since the 70s, has to be included in this list. Magic Realm was ahead of its time. It is an engrossing take on D&D which required a lot of upfront investment. Here’s an indication of the fans’ devotion: in 1979, the first manual consisted of 36 pages; the 2nd edition of the rules, fan-published in 1986, had 83 pages. The 3rd edition, published in 2005, had a whopping 122 pages. Since its publication, there have been digital and print & play versions as well.

What Makes it Special:

Magic Realm uses color-based magic (*cough* MTG) and hex-based exploration (Mage Knight). It was originally inspired by D&D’s rising popularity in the 70s. Magic Realm is the heaviest grail game we’re highlighting, weighing in at 4.52/5 on BGG’s scale. Players talk about its near infinite replayability. If you see it at your local thrift store, grab a copy to experience this world. 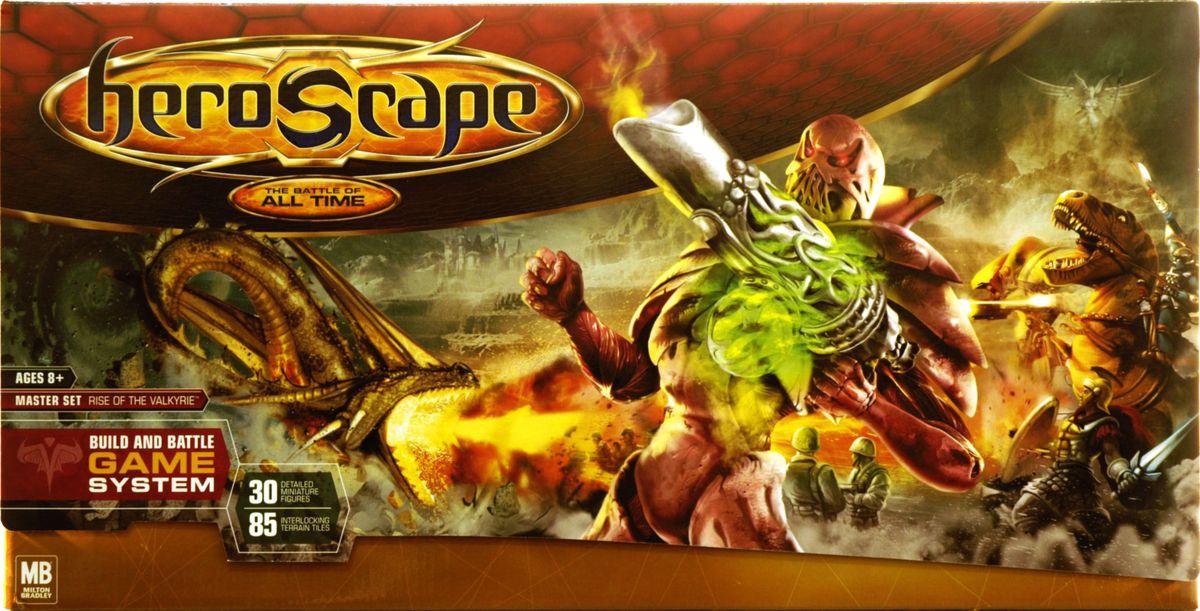 What Makes it Special: One of Tom Vasel’s favorites, it’s highly customizable, allowing you to simultaneously pit medieval knights, robots, marvel superheroes and vikings in a battle to the death. Heroscape boasts pre-painted minis and other high quality components.

Downsides include cost (especially if you’re a completionist) and all the required storage space, as this game is BIG.

Background:  Queen’s Gambit was published on the heels of the release of Star Wars I: The Phantom Menace. This Star Wars themed game boasts over 155 minis and multiple boards. It mirrors the events of the Phantom Menace including the Jedi & Darth Maul fight, Queen Amidala’s fight to the throne room and the space battle.

What Makes it Special: One of the most ambitious board games ever made, it has a signature multi-level board reflecting the Theed palace. Most board games based on movies pay simple lip service to the movie. Very few embrace their source material like Queen’s Gambit does. Here’s an excellent review of the game from BGG if you want to know more:

Word of warning though, it has a lot of dice rolling (a plus to some) and a bit of setup.

A bit of trivia: after the original publication, CGF launched an international Kickstarter for a Black Box Edition which caused the publisher to lose his house because of costs. KS story: https://qz.com/94925/this-man-lost-his-house-because-his-kickstarter-was-too-successful/

Needless to say, this probably means you won’t see it back in print.

What Makes it Special:  Glory of Rome’s beauty is in its unique mechanics. It’s one of those games where every card combination seems overpowered – and is. The key to winning is finding and building a more novel and powerful set of card combos more quickly than your opponent. In addition, the game’s multi-use cards make every game very different, where players still find new, interesting and even more powerful card combinations and strategies after dozens of plays.

World of Warcraft: The Boardgame 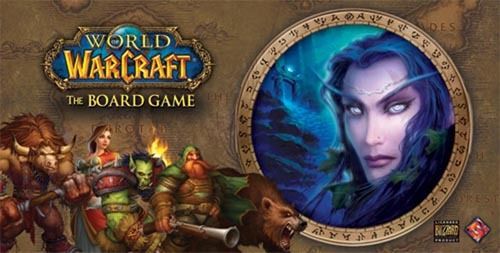 What Makes it Special: With over 1,000 components, WoW had class specs, PVP (Player vs Player), quests, dungeons and end bosses. Wow: The Boardgame tried to implement the feel of the massively multiplayer RPG hit.  Unfortunately, WoW had some downsides including long game times and long player downtimes. Positives include a strong combat system and of course nostalgia for WoW players.

What are your personal Grail Games?

Tell us by tweeting us - we're on Twitter as @LiQDBoardGames